Big-boned Manchester United midfielder Anderson Luís de Abreu Oliveira is set to miss at least five weeks of the Premier League run-in with a torn hamstring, confirmed manager Sir Alex Ferguson on Wednesday. The fresh injury, which adds to a growing list of malevolence suffered by the midfielder in his time at Old Trafford, comes barely days after the Brazilian returned to Manchester United’s squad for matches against Athletic Bilbao and West Bromwich Albion.

“Ando could be out for four or five weeks due to his hamstring,” said Ferguson ahead of United’s Europa League second leg tie with Athletic.

“Some hamstrings are relatively straightforward but we have to wait and see how he is in the next week or so to get a better idea of where we stand with him.”

Anderson’s injury is the latest in a calamitous series of absences over the past four and a half years following a €30 million transfer from Porto. The midfielder has subsequently appeared in barely 30 per cent of United’s games during his time with the club. Critics of a far crueller persuasion than United Rant might be thankful given the 23-year-old’s inconsistencies.

But could frequent injuries be something to do with Brazilian’s hard-living lifestyle? After all, during previous absences the 23-year-old has been caught partying on the Algarve, been involved in a high-speed car crash, and seemingly piled on far too much weight. Little needs said about Anderson’s less salubrious habits. 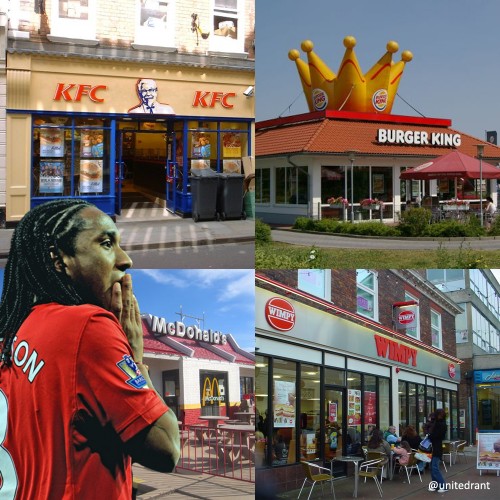