Gary here. A quick question, why is Carlos Tevez such a thumb sucking, ear cupping twat?!

Having received your messages, I thought it best to ignore them both for the sake of my sanity and the reputation of my column. This childish hostility is best addressed in a playground, and not in a serious advice section like mine.

However, upon further advice from Trisha, my agony aunt guru, I’ve decided to help you’s out as part of my relationship counselling studies.

So readers, in the spirit of daytime TV problem sharing, Carlos and Gary are brought together here, not just so that I can practice my relationship therapy skills, but so that they can sort their shite out. The greater goal is to spare the good people of Manchester anymore suffering from their constant bickering. 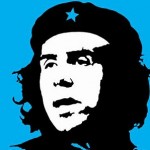 RK: Now Carlos, you seem to be the one with the biggest potato on your shoulder, feeling the most vulnerable here, so why don’t you start by telling us what has made you throw your toys out of the pram ever since you left United?

RK: Why are you bitter?

RK: But you won everything with United, and they even gave you two best friends in Ji and Pat.

CT: Si. But Ferguson never love me, and he did not make me el capitain like Gary.

RK: Feck’s sake Carlos, enough with the whingeing ! Why do you always have to be the centre of fecking everything! 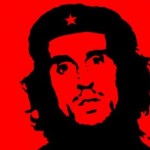 CT: Gary, you call me an argie scouse bastardo, and then you show me the middle finger. That is very hurting to me also. I come from the toughest barrio of Buenos Aires, and I have never been so hurt like this.

GN: I did not realise that Carlos. I agree that words can hurt. Truth is you remind me of me, at a younger age, when I had the world at my feet.

CT: Gary, it is only because I respect you and your achievements so mucho that I say bad things about you. I was hurt by your rejection, so I want to hurt you back. My dream was to be as loved by the United fans as you are: ‘Carlos Tevez is a red, he hates scooters.’

GN: …and all I want now Carlos is for the Stretford End to sing ‘Sign him up, Fergie, Fergie sign him up!’ to me as they did to you.

CT: Te amo Gary. One day I will speak Engrish so we can never fight like this again.

So Carlos and Gary worked things out with a bit of Keano’s old fashioned bro-mancing magic.

Now hopefully the animosity is behind us, and we can all sit back and enjoy the derby match at Old Trafford on Wednesday night, having managed to ensure just in time that the rivalry wont be overshadowed by anything other than the football on the pitch.

Another job well done by me.