After two seasons of a seemingly scattergun approach to the transfer market Manchester United made a decisive move on Thursday to capture PSV Eindhoven player Memphis Depay. The 21-year-old winger will join the club, subject to the usual medical, for around £25 million when the market opens on 1 June. It is a transfer that will fill a significant hole in manager Louis van Gaal’s squad – a goalscoring winger who adds genuine pace to United anaemic front-line. Indeed, the player – who prefers to use ‘Memphis’ – is expected to be the first in another busy window at Old Trafford; a summer wish list that also includes a central defender, right-back, and central midfielder.

Van Gaal has struggled to get the best out of his wide players this season – and Memphis will be expected to start in what is shaping up to be a 4-3-3 system next season. The 62-year-old manager repeatedly used Memphis from the bench during last summer’s World Cup, switching from a 4-4-2 with Robin van Persie and Arjen Robben deployed up-front to a more familiar Dutch system including three forwards.

Back at Old Trafford Angel di Maria has suffered a horrendously difficult season despite a bright start to the campaign after a British record £59 million transfer from Real Madrid. In recent weeks di Maria has been out of Van Gaal’s side altogether and seemingly heading for a transfer away from the club this summer.

Meanwhile, Antonio Valencia has spent much of the campaign deployed at right-back, while Adnan Januzaj has started just seven Premier League matches. Nani spent the campaign at Sporting and is certain to be sold this summer, while few would have predicted last August that Ashley Young would enjoy the best season of United’s wide players. Still, with two goals and three assists this season, Young’s success is relative when set against a barren few years at the club.

By contrast Memphis has enjoyed the finest campaign of a fledgling career, scoring 27 goals in 38 appearances across all competitions. The goalscoring feats stand out in particular because the player is almost universally deployed off the left flank by PSV coach Phillip Cocu.

The player’s breakthrough season came after Memphis scored twice during last summer’s World Cup – the only goals of an early international career that stretches to just 15 games. There will be many more appearances for the Oranje, with pundits in Memphis’ homeland describing the winger as “the most exciting player to come from Holland since Arjen Robben.”

Memphis’ numbers look good beyond goals alone, with the player contributing a further four assists over the campaign and averaging greater than two key passes per game. The high number of shots-per-game relative to other players in the Eredivisie – more than five – and the frequency with which Memphis dribbles also points to a more dynamic player than Van Gaal’s squad currently boasts.

Memphis joined PSV aged 12, working his way through PSV’s age group teams, before making a first team debut in September 2011 during a KNVB Cup match against amateur side VVSB. He went on to score five goals in 11 appearances that season. Memphis made another 30 appearances in 2012/13, but it wasn’t until the following campaign that the goals began to flow – 14 in 43 games for the club. Deeply, who has a Ghanaian father and a Dutch mother, made his international debut in October 2013, coming on for Jeremain Lens during Holland’s 2–0 away win against Turkey.

Back at United, Memphis’ transfer raises questions about several players’ future, not least Januzaj, who is now likely to spend next season on loan – possibly at Everton. There will be few surprises if Van Persie joins Falcao and Di Maria in leaving the club as well.

Memphis Depay
“This move was just about feeling, not money. It’s been an exciting and hectic period and to have had to choose between so many top clubs doesn’t make it any easier. Manchester United is an absolute dream club, so I didn’t need any convincing about the quality of the guys already there. I’m looking forward to playing alongside a few of my Dutch team-mates but also the other players as well. You can’t deny the interest of a club such as Manchester United. I’ve learned so much at PSV, not only on the pitch but also as a person. That makes me grateful but I really felt it was time to move on. And working with manager Louis van Gaal again is also a big bonus.”

Louis van Gaal
“He’s a goalscoring winger and there aren’t so many of them in the world. Messi is one of those. I was forced to handle [the situation] as a manager because, otherwise, he was going to PSG, that’s why I had to sign him and we’ve done it within one day.”

Marcel Brands, PSV technical director
“Memphis has risen through all the ranks at PSV and has had a huge impact on winning the Dutch Eredivisie title this season. He is a worthy representative of our Academy and will make a great move to a wonderful club in a magnificent league. Sadly, we will say goodbye to a fantastic player and we will miss one of our key players, who has been of great value to the team, but we grant him this wonderful step. Memphis has gone through all the teams of the PSV youth academy and has played an important part in the national title this year. He’s a wonderful exponent of our training and will be moving to a magnificent club.”

Ronald Koemann, Southampton manager
“For him it’s a fantastic move. He has had a great season and last season made the step up to be a senior player, not a junior player. He still has to develop himself. It will be tough for him because the Premier League is tough in a physical and mental way. It’s a big step for him. But he’s a great talent, a fast player and a very good signing for Manchester United.” 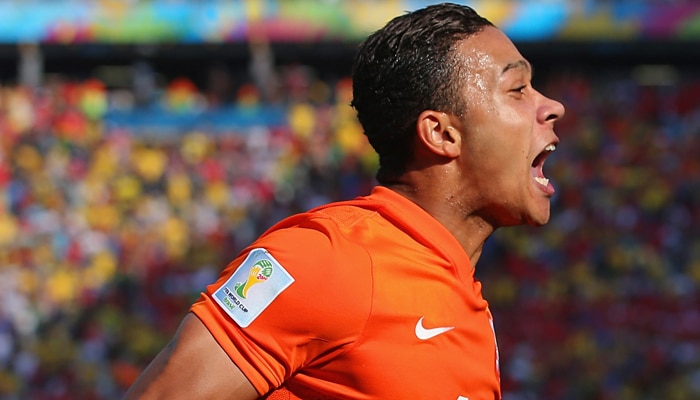