Japanese midfielder Shinji Kagawa arrived on a quick-fire visit to Manchester’s Bridgewater Hospital today, completing a medical ahead of signing a four-year contract with Manchester United. In a visit lasting just 11 hours Kagawa left Tokyo’s Narita airport late Thursday, arriving at the Bridgewater shortly after 9am Friday morning, with the player leaving for Japan, via Paris, at 6.45pm on Friday night after a brief tour of United’s training complex at Carrington.

The visit completes a £17 million move from Borussia Dortmund, after the player signed papers and a UK work permit was granted, and is United’s second confirmed acquisition of the summer. For Kagawa the deal is the realisation of a long-held desire to play in the Premier League.

“Shinji is an exciting young midfielder with great skill, vision and a good eye for goal,” said Sir Alex Ferguson in a statement.

“I am delighted he has chosen to come to United. I believe he will make an impact upon the team very quickly as he is suited to United’s style of play. We are all looking forward to working with him.”

Kagawa arrives at United with Ferguson’s promise: that the creative midfielder will occupy the ‘number 10’ role so frequently taken up by Wayne Rooney last season. In turn, the England striker will, presumably, revert to playing ‘number 9’ despite scoring 35 goals from a deeper position in the campaign just ended.

Indeed, the Japanese player’s arrival will pose some interesting tactical questions, not only for Rooney, but also England colleague Danny Welbeck, Javier Hernández, and a team that has rarely – if ever – played with a genuine ’10’ during Ferguson’s 25-year Old Trafford tenure. Kagawa, meanwhile, will presumably need some time bedding into both English culture and the Premier League.

But Ferguson and his coaching staff had little doubt, with the Scot watching Kagawa in action during Dormund’s 5-2 rout of Bayern Munich in the German Cup Final last month.

In 71 games with Dortmund over two campaigns – the first disrupted by a metatarsal injury picked up on international duty – Kagawa scored 29 goals, and provided 15 assists. He was voted into the Bundesliga Team of the Year for the 2010/2011 season despite spending around half of the campaign on the physio’s treatment table.

Injury would also provide Kagawa with a key opening though – Mario Goetze spent much of the 2011/12 campaign on the sidelines, allowing the Japanese player to become the team’s creative hub. Kagawa capped off an excellent campaign with a second German title, a DFB-Pokal Cup Winners’ medal, and 17 goals in 43 games for the North Rhine-Westphalia club.

But Kagawa made no secret that the Premier League’s pull was strong, despite an attractive offer from Dortmund for the 35-cap international to remain in the Bundesliga. With a contract due to run down in June 2013, Borussia had little option but to sell.

“This is a challenge I am really looking forward to,” added Kagawa.

“The Premier League is the best league in the world and Manchester United is such a massive club. This is a really exciting time for me and I can’t wait to meet the team and start playing.”

In the Japanese international United has acquired a player of rare creative talent, although an unfinished article who is still inexperienced in European terms. While Kagawa’s preference is to play in the hole, the 23-year-old often occupies a wider role for his national side, ceding the centre ground to CSKA Moscow playmaker Keisuke Honda. It’s a role that doesn’t always suit Kagawa, who despite playing off both feet, naturally drifts inwards rather than offering any genuine width. The flexibility, however, will surely appeal to Sir Alex.

Kagawa’s ascent to international stardom and a transfer to United was not always guaranteed though. Indeed, the player spent his formative years with Cerezo Osaka in J-League division 2 – a standard of football nowhere near that of the big European leagues. Kagawa played just 11 times in the top Japanese league before a €350,000 transfer to Germany in summer 2010. It proved to be an inspired piece of business that will net Dortmund more than £16 million profit should United end up paying in full the bonuses attached to the deal.

At international level Kagawa missed out on the 2010 Japanese World Cup squad, and has not always been first choice pick for his country. United will required a ‘special talent’ provision before securing a UK work permit because Kagawa has not played in 75 per cent of his countries international games over past two years, although much of the absence is explained by injury. Yet, the player appeared for Japan at numberous youth levels from under-18 upwards, including the 2007 FIFA under-20 World Cup held in Canada, and the 2008 Olympics held in Beijing.

The challenge Kagawa now faces is not to be under-estimated though. For all the player’s undoubted talent this is a gem still in need of some polish. Even at £12 million down, rising to £17 million with bonuses in a competitive market, it is a deal that is not without risks.

Yet those who witnessed Kagawa’s dynamic performances in Germany predict a positive outcome at Old Trafford. There seems little doubt United’s supporters will take the 23-year-old Kobe-born player to heart.

Honda, his Japanese team-mate and sometimes competitor for the international ‘number 10’ role, has no doubts either.

“Shinji’s the perfect player for a world-class team,” said Honda. “As a fellow Japanese I’m proud of him.” 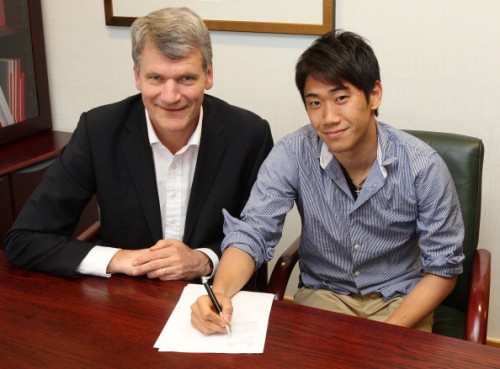 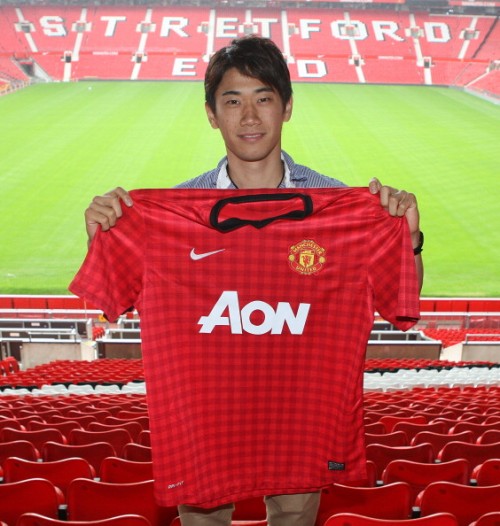 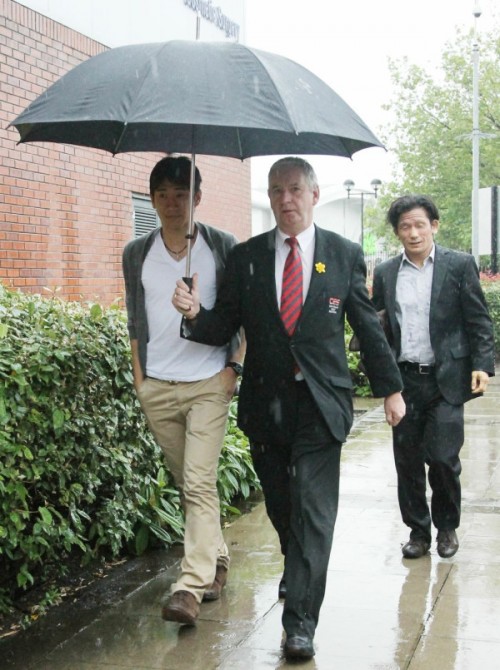 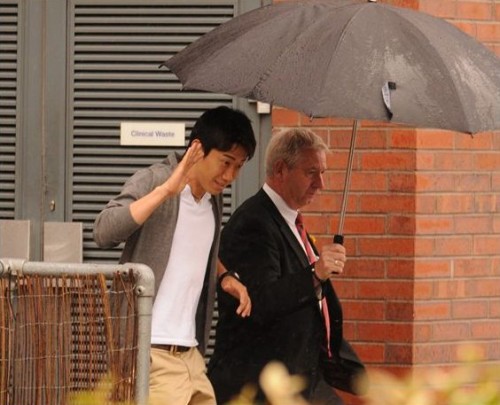