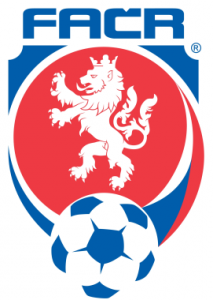 Gone are the days of Pavel Nedved and Patrick Berger, and by the looks of the current squad, the Czech’s have made little progress replacing them. Coming second in qualifying to world champions Spain, Czech Republic had to rely on a playoff win against Montenegro to cement a place at Euro 2012. With preparations for the competition culminating in a home loss to Hungary, it’s difficult to foresee the Czech’s doing anything extraordinary in Poland and Ukraine. Frequently a pundit’s ‘dark horse’ bet in previous international tournaments, the Czech’s know how to get to the latter stages of tournaments, but a lack of match winners this time round points to a group stage exit.

Manager: Michal Bilek – no, not a badly typed Michael Ballack – took control of the Czech’s before qualifying, but was faced with the problem of replacing four of his best players who had retired – all time leading scorer Jan Koller, Marek Jankulovski, Tomas Galasek and Tomas Ujfalusi. Not exactly minor players.  Bilek has been on the end of some harsh criticism in Czech Republic of late, but considering the resources available he hasn’t done too badly at all. Deploying a 4-2-3-1 formation, with a blend of youth and experience, Bilek  has gone some way to plugging the gaps in his team.

United Interest: Tomas Pekhart was rumoured to be a target for the Reds following an impressive showing at the U20 World Cup five years ago. The most notable link between United and Czech Republic is the one, and only, Karel Poborsky, who scored a ridiculous chip in Euro 96 against Portugal.

Random Fact: Czech people drink more beer than anyone else in the world. That may go some way to explaining the genetic make-up of the aforementioned Poborsky. 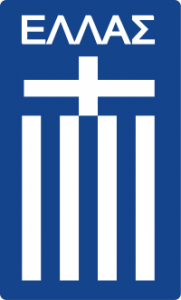 The surprise Euro 2004 winners have qualified for the last three major international tournaments. Trips to Euro 2008, WC 2010 and now Euro 2012 have eclipsed the nation’s pre-2004 record of one finals in over twenty years. The ageing side, which is captained by 2004 hero, 117 cap Giorgos Karagounis, is lucky to be placed in the easiest group in the finals. Greece will be hoping for a spirited display in three games against Poland, Czech Republic and Russia. A passage into the quarter-finals is not out of the realm of possibility, but a group exit is the more likely scenario.

Manager: Replacing the legend, “King Otto” Rehhagel, as manager is Portuguese boss Fernando Santos, who has done a solid job to date. Previously Santos had managed the Athens giants AEK and Panathinaikos, as well as Benfica. Santos’ last managerial assignment was at another Greek club PAOK. The coach has only suffered just one defeat in his reign as Greek manager, with a record of 10 wins, seven draws, and the one loss against Romania late in 2011.

United interest: flying winger Soritis Ninis was linked with United in 2010-2011, and he fit the bill – young, skilful and versatile. However it looks like Ninis will join Italians Parma following the expiration of his contract. United’s loss could well be Parma’s gain.

Words by Lewis Taylor, whom can be found on Twitter!

Poland failed to qualify for any Euro tournament between 1960 and 2004, before reaching Euro 2008 only to go out at the group state. As co-hosts with neighboring country Ukraine, Poland will hope for better fortunes this time around. But with little competitive football, and one of the weakest looking squads in the competition few hold out hope for the hosts’ progress.

Nickname: Biało-czerwoni (The white and reds)

Manager: Franciszek Smuda – incredibly veteran coach Smuda is in to his 20th job as a manager, although most have come in his native country. Most recently Smuda was sacked by Lech Poznań before taking on the national job. Won the Polish League in 1996 and 1997, and as a German passport holders, ranks of one of very few Poles not to have switched nationality in recent years.

United interest: in addition to securing Shinji Kagawa, the Reds have been ‘linked’ with a move for Lewandowski in the press.

Defining Euro moment: Qualifying ahead of Portugal in qualification for Euro 2008.

Words by Ben Coates, whom can be found at his blog and on Twitter!

Manager: Dick Advocaat – was a moderately successful player, but is far better known as a coach, which has included two stints with the Dutch national team. Advocaat has coached a number of clubs in the Netherlands and abroad, including Russian club Zenit Saint Petersburg, with whom he won the 2008 UEFA Cup Final, as well as the national teams of a number of other countries, including South Korea, the United Arab Emirates, and Belgium. Advocaat is also well-remembered in Britain for his time at Rangers, where he secured treble in his first year in charge.

United interest: Who can forget the Reds’ Champions League triumph in Moscow, 2008, which is etched into most fans’ memories!

One thought on “Team-by-team Euro guide: Group A”