The Danes did well to qualify ahead of Portugal, but can Morten Olsen’s side score enough goals to make it through the clichéd ‘group of death’? Denmark scored just 15 in eight qualification matches, with a tactical system based on a solid defence in the typical ‘Olsen Gang’ style. However, in Christian Eriksen the Danes possess one of the most exciting young creative midfielders in the tournament.

Manager: Morten Olsen – manager for 12 years, although may step down after the tournament much as the 62-year-old promised to do following the 2010 World Cup in South Africa. Olsen had an outstanding playing career, earning more than 100 caps for his country, and his teams have followed a pattern of solid if at times functional football through a long-managerial career with Brøndby, FC Köln and Ajax.

United interest: Anders Lindegaard who will be reserve keeper. Kasper Schmeichel, son of Peter, is also in the squad – tenuous link alert!

Random fact: Four players in the squad play at French club Evian, which begs the question of why the Danes don’t play with a more fluid style?!

Defining Euro moment: winning Euro 1992 after being called up from the beach! 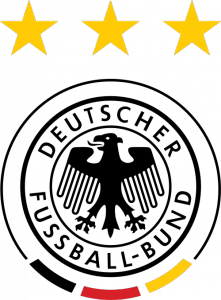 Three times winners of the Euros in 1972, 1980, and 1996, and boasting an outstanding qualification campaign with 10 wins in 10 games, 34 goals and just seven against. No wonder Germany are many pundit’s favourites for the tournament. Coach Jogi Löw has built on the exciting young side that performed ahead of expectations in World Cup in 2010. At the same time there is huge experience in the squad with seven of the top 20 most capped players in Germany’s history in Löw’s party.

Manager: Joachim Löw –  improved upon Jurgen Klinnsman’s outfit when the former striker walked away in 2008. In tandem with Klinnsman, Löw developed Germany’s fast-paced attacking style that won over plenty of fans in South Africa. Looks set to build another German dynasty with the current team – Germany’s best since the 1990s.

United interest: Ron-Robert Zieler may be named after a smalltown hick, but the former United trainee has done very well back home in Germany following a move to Hannover in 2009. Third choice ‘keeper for Germany this summer.

Random fact: Despite being, well, rubbish Miroslav Klose and Lukas Podolski have 106 international goals between them!

1988 Euro winners Holland have built on a superb World Cup tournament in 2010. Although many remember the Dutch’s thuggish display against Spain in the final, Bert van Marwijk’s team played some fine football during the tournament too. Holland emerged victorious in nine of 10 games in qualification to top the group. Many people’s favourites for the tournament even if the back-four contains some less-than-stellar names.

Manager: Bert van Marwijk – it’s hard to call van Marwijk’s a stellar career, and it is perhaps it was a symptom of Dutch football’s low point after Euro 2008 that the former Feyenoord man got the job at all. van Marwijk made his name at Feyenoord in the early 2000s, but had a less than successful time at Borussia Dortmund. Has turned the Oranje around though, returning the team to its roots of fluid attacking football based on a young vibrant team.

Random fact: Left-back Jetro Willems will be the youngest player at the tournament having only just turned 18.

Defining Euro moment: Marco van Basten’s outrageous volley in the final of Euro 88 – still one of the best goals ever.

Portugal had to make it through the play-offs to qualify for Euro 2012 after a dispiriting period under former United assistant Carlos Quieroz. For a team with Cristiano Ronaldo and Nani, Portugal has under-achieved in the past two years, although the mitigation of multiple retirements post World Cup 2010 is fair. Scored plenty of goals during qualification, but also conceded too. Much will depend whether Pepe can replicate his Real Madrid form at the back, and Ronaldo can keep scoring. Third favourites in the group – and that might be generous given that Denmark beat Portugal to qualification.

Nickname: A Selecção (The Selection)

Manager: Paulo Bento – one of the youngest managers at the tournament. Bento was a gritty defensive midfielder for Sporting, Benfica, and the national team before retiring at the age of 35. First took charge of Sporting’s youth team, before a successful spell as head coach of the first team that included two Portuguese Cups and two Supercups. Bento couldn’t win the Portuguese League, however, before taking over from Quieroz in 2010.