May 26, 1999. The greatest night of European football bar none; perhaps Manchester United’s finest. The third leg of United’s unprecedented treble, on an occasion none who bore witness will forget. And 15 years on the memories of United’s dramatic late victory in Camp Nou remain fresh.

… and Solskjaer has won it! 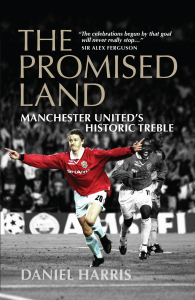 Ferguson trusts in squad as fans dare to dream

“Success is the result of what sociologists like to call ‘accumulative advantage’,” argued Malcolm Gladwell in the peerless Outliers. “Those who are successful are most likely to be given the kinds of opportunities that lead to further success.”

It is a viewpoint with which Manchester United manager Sir Alex Ferguson might agree. After 26 years in the job the Scot not only desires more, but has greater tools with which to achieve success – an incremental benefit that has been challenged only by the Glazer family’s £500 million ownership tariff.

Indeed, Ferguson could make 11 changes against Reading in the FA Cup on Monday night, safe in the knowledge that he can still field a team full of international players against the Berkshire side. And the 71-year-old manager just might make wholesale changes to his team even with United on course to face Chelsea in an FA Cup quarter-final.

It is the surprising strength-in-depth this season – given the paucity of high quality options in central midfield and ageing defenders – allied to a squad resilience that has manager and supporters wondering whether United might be able to achieve something truly special before the campaign is out.

No wonder, with the Reds still in three competitions, that 14 years after Ferguson’s team reached the promised land talk has once again turned to the treble. It has become one of football’s most hackneyed ideals.

It remains unlikely United will recreate 1999 at Wembley on 25 May; after all nothing is secured just yet. United’s return fixture with Real Madrid on 5 March must still be won, while Brian McDermott’s Reading pushed the Reds during the Premier League encounter at the Madjesky in December.  And despite a 12-point Premier League lead Sir Alex cannot count on a trophy regained.

United’s draw with Madrid came with plenty of credit, but also a warning. The home side’s dominance of possession, chances created and midfield reinforces the belief that Ferguson’s side is not without significant flaws.

Yet, says the Scot, his advantage gained since ’99 will come into play as United enters the final third of the campaign. More than a decade on from the treble, Ferguson is nostalgic for more.

“We lost to Middlesbrough in December and we never lost again,” said Sir Alex of the ’99 campaign.

“It was a tough FA Cup run that season, really tough. We were up against Premier League teams in every round. It’s nice to look back at these things and how it was done with the squad of players I had, which is not nearly as strong as the one I have now.

“When we went to the final, Keane and Scholes were suspended, but Henning Berg was the only injury and I had to pull in Jonathan Greening, who had only played once or twice, and he actually got a winner’s medal for sitting on the bench. That gives you an idea of the respective strength of the squads.

“I could have played a completely different team on Wednesday and I think we still would have got a result. It’s not just the four strikers I could change, you could change the entire team now.”

In fact Ferguson may well do so on Monday after the double-header with Real in the Spanish capital and Everton at Old Trafford last weekend. While the FA Cup remains a key target this season, nine years after the club last secured the 140-year-old trophy, the Royals also have more pressing priorities. Ferguson will surely gamble on a wholly different side from that which drew in Madrid.

In fact while United faces some challenging fixtures in the next month Ferguson can justifiably point to a trio of winnable matches against Reading, QPR, and Norwich before José Mourinho’s side arrives at Old Trafford in 16 day’s time.

United head into the period not only sporting good form, but with none of the internal politics running roughshod through Roberto Mancini’s Manchester City camp, that of Chelsea or indeed, Mourinho’s Real squad.

“The way I’m looking at is to pick a team to win the next match and it will be a different team against Reading and again against QPR, Norwich and then Madrid.”

In that there is a concern of course, with Ferguson long dubbed “Tinkerbell” for the Scot’s penchant for repetitive change. But there is also a belief that the manager may just be striking the right balance between rotation and stability this season. Not least in Ferguson’s last-minute recognition that deploying a strong side against Everton last weekend’s went a very long way to sealing the Premier League title.

Still, United will be asked stern questions before the season is out, although few will come as tough as those faced at the Bernabéu last Wednesday. European and FA Cup competition aside, Ferguson’s side faces City at Old Trafford on 8 April, Arsenal at Emirates three weeks later and Chelsea on 4 May. Although each could dent the Reds’ ambitions, it is unlikely any will halt Ferguson’s train.

Those fixtures aside, Ferguson will be hugely disappointed if his side drops many more points domestically, while an FA Cup quarter-final draw against Chelsea at Old Trafford – should it come to pass – will disappoint few. Home against anyone ensures United remain in with a chance.

And none will seek success with Ferguson’s vigor. After all, while the details always matter in football, few will work as hard as Ferguson’s team between now and the season’s conclusion. The Scot will have it no other way.

Or as Gladwell put it “the people at the very top don’t work just harder or even much harder than everyone else. They work much, much harder.”

It is one reason, among many, why Ferguson will fully deploy his accumulated gain between now and the summer.

Poll: can United win another treble this season?

With Manchester United top of the Premier League, through to the knock-out stage in Europe and into the FA Cup Fourth Round, Sir Alex Ferguson believes his side could seal trio of trophies this season. Mirroring the 1999 ‘treble’, says Ferguson, is possible due to the depth of resources now available at Old Trafford.

“We want to be involved in everything. We’ve got all three trophies to go for – and we’ve got the squad to do it,” said Sir Alex Ferguson on Saturday.

“It’s absolutely ­brilliant for everyone connected with Manchester United. We have got the excitement of going to Real Madrid in the Champions League and them coming here. We’ve got Fulham in the FA Cup as well after winning our ­replay against West Ham. And if you go back to the year we won the Treble, we had a Cup replay against Chelsea and ­another one against Arsenal.

“The squad is looking very strong at the moment with players coming back in. It’s a period of the season that could be crucial to us if we can keep our momentum going. These are big opportunities for us – and we don’t want to miss them.”

Certainly, Ferguson’s team is ahead of many pundits’ expectations after failing to secure any silverware last season. Ignominiously defeated in Europe, usurped domestically by Manchester City and knocked out of the FA Cup by Liverpool, 2011/12 is a season many supporters would like to forget.

But could this season match United’s greatest ever with three trophies heading back to Old Trafford in May?

United’s record against German giants Bayern Munich reads seven competitive matches played and one victory. But what a match that was. United’s 2-1 win in Barcelona’s Nou Camp stadium 11 years ago still ranks among the greatest highlights in the history of the club. Tonight’s fixture cannot compete but this should put you in the mood… 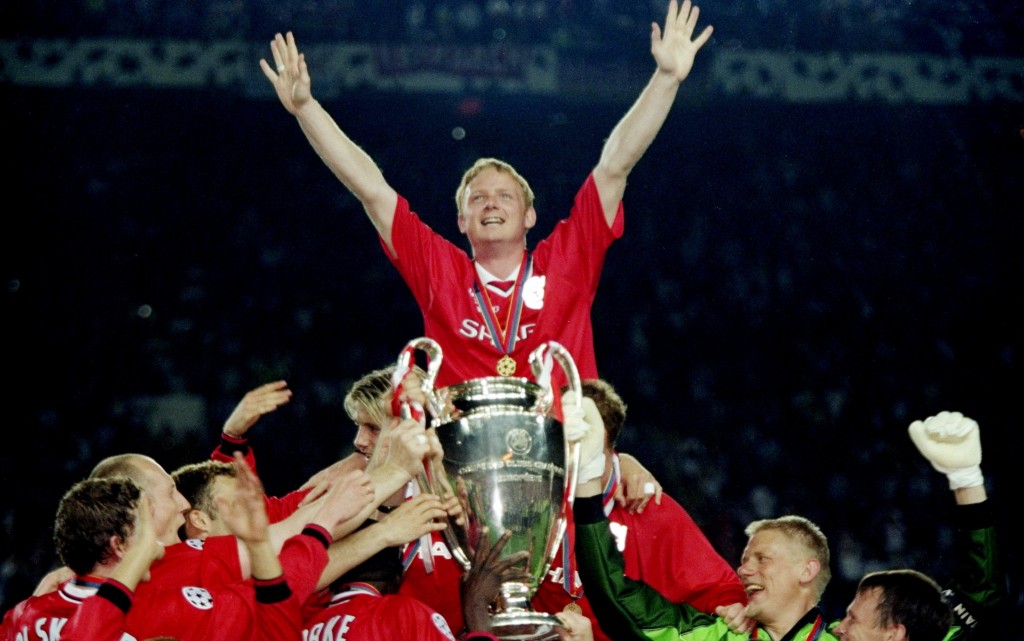 United's players and fans celebrate on the streets on Manchester

And in case that isn’t enough for you, enjoy the highlights all over again ….