Twice embarrassed, Cole turns to the dark side

It is reliably said that off the field Chelsea defender Ashley Cole is mild mannered and pleasant company. Engaging even. His on-off-on again wife may not always agree with the 30-year-old’s sexual proclivities but that, of course, is an aside. On the field the left-back’s rapidly waning ability has now twice been exposed in successive outings against Manchester United. The player’s reaction: violence of the crudest kind.

First, Antonio Valencia so humiliated Cole during United’s victory over the Londoners at Old Trafford last April that the former Arsenal player must have been relieved the Reds winger did not start Sunday’s Premier League game. Cole’s moment of deliverance was short-lived though, with Nani again showing the progress the Portuguese has made over the past 18 months with a man-of-the-match performance on Sunday.

By the end of the fixture, so frustrated was Cole with Nani’s mesmerising skills that the former Arsenal left-back lunged, two-footed and high, into Javier Hernández’ shins. The sickening replay showed the Mexican striker’s leg buckle, with a break only a miracle and industrial-strength shin pads away.

Cole’s tackle was crude, aggressive, deliberate and all the more sickening for the arrogant and dismissive reaction delivered by both the defender and his captain John Terry. The pair surround referee Phil Down, arguing fiercely that no foul had been committed. Cole’s attitude was no fake, of course. The player genuinely believes that he did no wrong, despite the studs-up challenge that will leave Hernández out of action for weeks. Plus ça change from Chelsea’s clique of big egos, as Roy Keane call them this week, whomever the manager of the moment.

Understandably, Sir Alex Ferguson was furious,both with the lack of penalty awarded. Technically the ball was about a yard out of play, with Hernandez’ lashing the shot into the side netting but the yellow card issued to Cole is indefensible. Adding insult to the Mexican’s injury, Cole will face no further sanction after referee Dowd refused to dismiss the former Arsenal player.

“It was a shocking challenge,” Ferguson told Sky Sports.

“The referee has booked him for it so I don’t know why it wasn’t a penalty. I must ask him. He is very reckless at times, Ashley Cole. He is committed, of course, but being committed you can sometimes go over the edge a bit. That was an example of that. It was a shocking tackle, an absolutely shocking tackle.

“We don’t know what Chicharito has done. We will have to wait. At the moment his leg is very numb. He doesn’t have any feeling in it. He could be out for a couple of week’s maybe.”

The Football Association confirmed, Monday, that Cole will face no further action. FA rules, for the little that they are worth, do not allow for a yellow card to be upgraded retrospectively. Had Dowd taken no action in an incident he clearly did not see then the FA would have been able to charge Cole with violent conduct, resulting in a well deserved three-match ban.

Yet, more embarrassing than Coles’s reaction or the FA’s inadequacy is the excuse made by 33-year-old Chelsea manager André Villas-Boas. Quite unbelievably, José Mourinho’s protegé blamed the incident on the officials for ruling United’s way on two highly marginal offside decisions. The emotion of going behind, claimed Villas-Boas, was too much for Cole to handle; lashing out was all that could be expected of the defender.

“Maybe he wouldn’t get sent off if the linesman does his work,” Villas-Boas told the Telegraph.

“He would have been less emotionally drained. I work the other way round. You are trying to say the referee did something wrong. I cannot forget the previous two. If it was 0-0 maybe Ashley is a little bit more mentally in control of the situation and doesn’t do the red card foul that you mention.”

It is, of course, a feeble excuse made all the worst by Cole’s decade-long history of two-footed lunges and aggressive claims of innocence. Cole is a man whose level of entitlement has always been far off the scale, even for a pampered footballer. It’s not even the first time the defender has gotten away with a similar tackle against United.

The FA for its part is happy to hide behind the organisation’s self-imposed rules, designed to protect referees, but in fact achieving the exact opposite. There is little doubt that had Dowd or his Assistant seen the incident more clearly then Cole wold have seen red. The FA could correct the human error and right an injustice.

Yet the organisation was desperate to jump on the media bandwagon after Wayne Rooney’s ‘sweargate’ at Upton Park last season. It all goes to show, to paraphrase a popular cartoon, that horrific deplorable violence is OK, as long as no one says any naughty words! 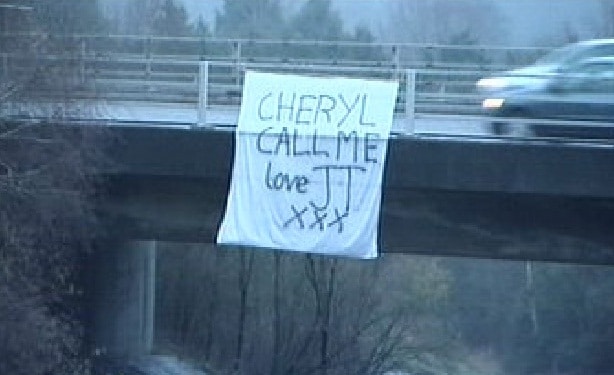